Alert: It is not candy, unfortunately. This means we must continue to eat it in moderation.

A new category of drugs is astonishing doctors and bringing hope to people suffering from the two top causes of adult blindness. The drugs are designed to stop the progression of the “wet” form of macular degeneration—which affects the elderly—and diabetic retinopathy, the leading cause of blindness among working-age people.

For most of the test subjects, vision loss is halted as long as they take the drugs soon after symptoms appear. But some have experienced stunning reversals. One test subject who had been blind in her right eye for four years recently had her left eye go bad as well. She received four injections in her left eye, in which her vision is now 20-25.

Unfortunately, the drugs must be taken early—within a matter of months after symptoms first appear. Also, they are not intended for the more common but less aggressive “dry” form of macular degeneration. Researchers also cautioned that the results of the test will not be known for at least a year.

It has, however, been shown that the children of centenarians continue to live healthy lives, even if they don’t eat small amounts of candy.

As has long been suspected, longevity may indeed run in famili 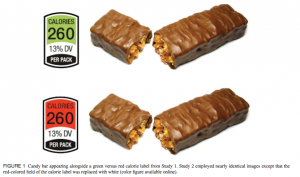 es, according to a recent study that shows Children of centenarians are less likely to have life-shortening illnesses such as heart disease, high blood pressure, and diabetes. Individuals who have had at least one parent live to the age of 100 also tend to weigh less and have lower body mass index than individuals whose parents died at 73.

A cardiologist accidentally discovered that pacemakers can help relieve sleep apnea, a disorder that causes snoring and long pauses in breathing during sleep. Apnea often leaves its sufferers exhausted during the day by rousing them hundreds of times at night. But increased heart rates caused by pacemakers seem to help.

Scientists understood that apnea contributes to high blood pressure and heart disease, but these recent findings indicate that heart conditions may affect apnea. This provides researchers with a new direction in the search for treatments.

The FDA has approved the first biologic treatment for the most serious forms of sepsis, a life-threatening illness caused by severe infection. The new treatment is a genetically engineered version of a naturally occurring human protein, Activated Protein C, which interferes with some of the body’s harmful responses to severe infection, including formation of blood clots that can lead to organ failure and death. Eli Lilly and Co., Indianapolis, IN, will market the product as Xigris.

Of about 750,000 people who get sepsis in the U.S. each year, an estimated 30% die from it, despite treatment with intravenous antibiotics and supportive care. Patients with severe sepsis often experience failures of various systems in the body, including the circulatory system, as well as kidney failure, bleeding, and clotting. If you happen to die, then you should consider medicaid estate planning before to ensure your family’s well being.